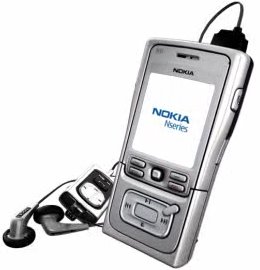 The latest phone models come with digital cameras, MP3 players, internet, satellite navigation, Nokia N91 has just being launched in India with a robust memory of 4 GB, we thought a 1 MB MMC Card was enough, it isn’t Samsung i380, which comes with an incredible 8 GB of storage space! Is yet to come, as mobile phones come with ever more functions, it’s possible that many users will find their multi-functional phones too complex to use.

Nokia carried out a global survey of what people want from their mobiles. Some of the results are quite surprising.

According to the Nokia survey, it seems that consumers want their mobile gadgets with more features not less.

Needless to say, across the globe, mobiles were found to be the most indispensable of gadgets, with 94% saying they expected to have a mobile phone in the future.

One in five said that losing their mobile phone would be worse than losing their wallet or even their wedding ring!

Posted by KreativeGeek at 9:25 PM