Why does it make Sense switching to Nexus 5 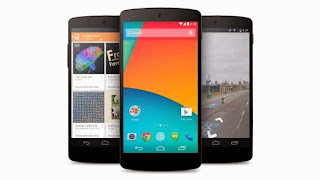 Google finally announced the much awaited Android 4.4 KitKat release yesterday along with Nexus 5 handset manufactured by LG which went on sale in 10 countries (Great Halloween treat!). The initial handset inventory got sold off in 27 minutes flat, that goes to prove a strong potential Google has got for Christmas to compete with flagship phones from other companies.

More importantly Nexus 5 got listed immediately on Indian Play Store with a coming soon tag and priced at Rs 28,999 for 16 GB and Rs 32,999 for 32 GB version. Android ecosystem seems to be up for a major overhaul after KitKat OS announcement where Google intends to go with one single version of Android running on almost all devices post Jan 2014, which is a bold move and more concrete step taken to do away with Android OS fragmentation issues.

This does not warranty automatic upgrade for handsets with low configurations released earlier, however Android OS bandwagon would be less crowded post 2014 with version 4.4 targeting major share.

Manufacturers like Samsung, HTC, Sony and LG could be sweating over Nexus 5 soon as their current crop of flagship phones are going to be left far behind in terms of performance and pricing. Also being a stock Google device dependency of being at mercy of these companies to push across new OS upgrades that take too long also goes away. 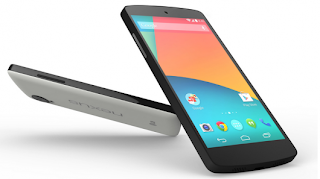 There are rumors that Samsung may go for an early Galaxy S5 release next year to compensate for a less blockbuster response to Galaxy S4 sales, they have already announced that the next version of Galaxy phones would be based on 64 bit processing capacity and we may also see more RAM packed in OR better graphical processing power under the hood.

Samsung is not showing any signs of a shift in design, build and quality of it's Galaxy flagship phones. Note 3 is the only phone which comes with a different build quality now and TouchWiz OS gimmicks would continue to be offered as new features which most smartphone users do not actually use.

Both Sony and HTC has received decent response on Xperia Z1 and One phones which can provide them much required impetus to challenge Samsung's Android smartphone dominance in India.I am not sure how successful LG has being with G2 however Nexus 5 has got just the right pricing for Indian market which can boost prospects for this company next year.

Apple's iPhone 5C has got limited success until now where it has launched and 5S would be priced under premium category going beyond Rs 50,000 range as the case is with all new Apple iPhone's which get launched in India. I am doubtful how would Apple push their device adoption even with 5C (expected pricing around 41/42K) and EMI schemes across smaller cities and town in India?

Google device upgrades have being more balanced and well paced compared to yearly ritual now adopted by most companies, There's a limit to the upgrades we're going to see in smartphone hardware and software, and as the market saturates, the pressure to compete on price is going to become more intense. In such scenario a phone like Nexus 5 can be a value for money upgrade, which has got me planning to sell my S4 and go for this phone as it launches in India.

Would you go for Nexus 5 with the price it would be launched in India or prefer to wait for Galaxy S5 Or iPhone 5s, It would be interesting to read through your response on this.
Posted by KreativeGeek at 12:05 PM No comments: 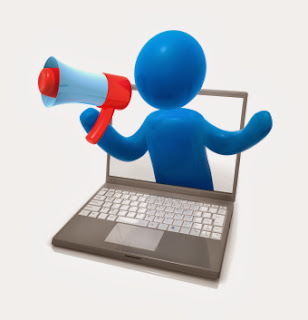 As Google started diminishing the scope of link building via directories, articles & so many other avenues which were a big hit with digital marketing world, one of the avenues which became an overnight hero for link building was content outreach via guest posting. However most of the search marketer struggle with this aspect of link building because of the rejections or poor response they get from blog webmasters.

My thoughts here would be conflicting with a lot of bloggers. Everyone is of the opinion the larger the content used for pitching up the content, better is the conversion rate.
I would definitely differ here-

Always the first mail that you send for your content outreach across should be clear, short & crisp. Once I see that the blog webmaster is showing an interest, I slowly start giving him a brief overview of how he & I both can benefit from a long term relationship. I try to understand what kind of content he needs, the work that he does in online as well as offline world, whether he has access to other domains, if he knows other people who blog in a particular niche. This way I start building up on a simple mail & eventually end up making more than one content live using minimal efforts, time & energy.

Often there is confusion whether our real identity or a dummy account should be used for content outreach. I have tried both & both are equally effective as long as you can make a connect with the webmaster via your email.

Also it is my observation that more people are likely to respond if you were to state that you are from a digital marketing company. This might be a small aspect but definitely helps. Given below is the sample mail that I used for one of my campaigns. I have kept it short & simple yet I managed to get a quick response.

Every blogger no matter how big an authoritative domain he owns is always on the hunt for the content to serve his audience. There are always specific points in the content, subject title & images that he is looking out for. The best way to know the preference of the blogger is to actually go through the previous content pieces he has been posting. This is one of the easiest ways to know what kind of modifications needs to be done in the content before it is send across to the webmaster.

This is the best antidote to your backlog in content outreach. Get in touch with the blog webmaster, get to know what he actually wants to put forward in front of his audience. Get a kick ass content written from your content writer as per the recommendations. This way you are eliminating all the possible chances of your content being rejected.


Become a tracker for Blog Carnivals

You just can't afford to miss out on blog carnivals if you want your content to go live regularly. This is the best place to build long term alliance with blog webmasters of different niches. There are numerous sites which offer info on the details of these carnivals. One of them is http://blogcarnival.com/bc/.

These are just a few steps that one can follow. Obviously there are a lot more approaches that can be tried & followed for success in content outreach.

Posted by KreativeGeek at 1:19 PM No comments: