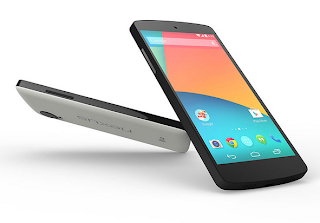 The Nexus 4 took Google to a new level in the mobile handset category. A great, slim, high performance device that sold for a mid-level price, it was also sold as is, that is, under no contract from a carrier. The phone was an international super hit. As with every great thing these days, the launch of its successor was awaited with baited breath. Now that we have the phone in our hands, let’s see if it lives up to the expectations.

The phone is quite sleek. Its looks are a bit understated; it’s looks nothing more than a slim well designed phone. Our test handset, which was the black coloured device, enhanced this feel with its all black tone. The phone has a uni body construction and is made of polycarbonate. The SIM card slot and power button are to the right of the phone while the volume rocker is to the left. It all makes for a phone whose basic functionality is quite high. It's surprisingly light, at only 130 grams and 8.6 millimetres thick. Overall, this phone just feels great to hold in the hand. 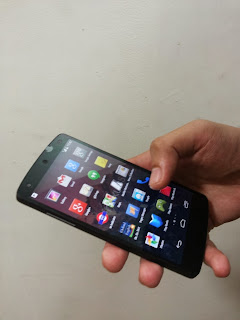 Google increased the size of the screen from 4.7 inches to 4.95 inches. It also uses Gorilla Glass 3 which gives ample protection against scratches and fingerprint smudges. The screen is a Full HD 1080p one. Clarity and picture density is amazing on the screen. With a high pixel density of 445 ppi, we’d expect nothing less. It’s great for reading text, playing games or watching a movie.

These days, a high quality camera on a smartphone is pretty much a requirement. The 8 MP camera on the Nexus 5 takes quite decent photos when used with the auto settings. However, once you get a big deeper into the camera and adjust settings such as exposure and contrast diligently, the camera performs well. Low light performance isn't exactly poor, but again you need to manually tweak a few things to get the best out of it.

As far as videos go, Full HD 1080p videos look great. Again, low light performance isn't the greatest, but it’s acceptable. We do genuinely hope that the next camera software update that’s expected to roll out will fix this because the camera is quite frankly the weakest link in this fantastic phone.

There isn’t a world of difference between KitKat and previous Android version. KitKat really is a solid improvement over earlier versions of the software, and the Nexus 5 shows it off quite well. Things like Messaging are now integrated with Hangouts that combine all of your messaging and chat under ine single hood. You can also now search keywords from within the phone dialer, which is a bit like having Google Maps business info integrated perfectly into the app. Also, the dialer has been completely redesigned. Icons and other symbols seem starker, cleaner, and larger and personally, we like it!

Powered by a Qualcomm Snapdragon 800 processor clocked at 2.26GHz, 2GB of RAM and an Adreno 330 GPU, the Nexus 5 is like a supercar in world of phones. The device is astonishingly fast and games such Asphalt 8: Airborne which usually eat the processor run smoothly. Multi-tasking is an ease and we were astounded that the phone handled anything we threw at it with considerable ease. The phone comes with LTE and NFC and while LTE isn’t operational in India, NFC works like a charm.

Overall, the Nexus 5 lives up to its expectations. Combining a great UI with some smartly designed features, the phone performs and exceeds expectations in many areas. KitKat looks fantastic too and the display is one of the best we've seen. The only downside was the less than stellar camera and rather inconsistent battery life. Apart from that, it’s one of the best phones money can buy.

The Nexus 5 was one of the highly awaited phone launches of the year. After using it, we can see why. Intelligent design, a great display and a brand new version of Android make it one classy device.

Posted by KreativeGeek at 2:28 PM No comments: