Nikon D5200 - A solid performer in the making 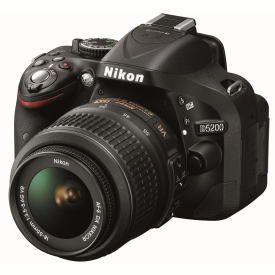 Labeling the camera as the one optimized for creativity and streamlined for flexibility, Nikon sets a new bar for mid range DX- Format DSLR Cameras with its D5200 that sports a CMOS Sensor with 24 million pixels and introduces a brand new 24.1 one of a kind megapixel sensor. A photographer’s heart is sure to skip a beat, comprehending that this digital camera has a 39-point AF and 2016 pixel RGB Sensor.

Resemblance or Inspiration?
While Nikon D5200 may seem a replica of its predecessor -D5100 to the naked eyes and hands, it is a little lighter and smaller, when compared. A few clicks and you will realize that it is a unification of Nikon D7000, D5100, and D3200.

More than Numbers
In an attempt to lure the creative minds, the HD-SLR camera ups the ante by introducing a number of features, awakening the photographer in you. Neither darkness nor positioning can hinder you from capturing your memories, now. Without being concerned about the position of the object, you can shoot from anywhere. Thanks to its 921,000-dot Vari-angle display, all that you need to do is hold the camera appropriately.

The other most common problem that we succumb to, exposure to darkness and extreme brightness, while clicking, is put to rest. An in- built HDR allows you to click two shots at different exposures and renders a beautiful image, combining the two. Let your creative juices flow as you experiment with a number of built- in effects and filters that it encompasses. With its 24.1-megapixel DX-format CMOS image sensor and the NIKKOR Lenses, the camera promises real- life clarity attending to every detail.

In an era of social networking sites when likes and shares means the world to one, Nikon D5200 reckons with the need of the hour  and offers you with an Optional WU-1a Wireless Adapter for Wi-Fi that makes it possible to transfer your favorite images to Smartphone or tablet, instantaneously. 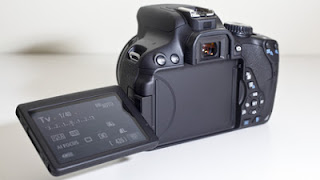 Nikon D5200 redefines video recording with its Full HD 1080P 60i since it captures moving objects perfectly along with face priority detection and takes into the picture around 35 faces in a scene. Detailing is at its best with the D-lighting capture for high – contrast scenes.

The Camera also offers a free accessory- a remote control that makes the most complex shots seem easier. For amateurs, there are varied options wherein you can choose to click objects moving predictably or rather even unpredictably. Besides, the camera also allows you to catch objects you never thought was possible in instances where it could not be framed in the viewfinder.

With D5200, Nikon once again proves why it is the most trusted brand other than Canon for photographers. While the camera could have innovated more with a touch screen for the LCD rather than serving to be an amalgamation of its precursors, it does not fail to impress one with its special features, filters, sensors and lenses and accomplishes the objective by compelling a photographer to go for a click. While amateurs may like it for the control it offers, experts may be enthralled to exhibit their artistry with the detailing it offers.

This review is penned by experts @ Reliance Digital.
Posted by KreativeGeek at 8:52 PM No comments: 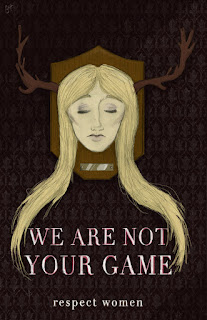 Posted by KreativeGeek at 7:43 PM No comments: 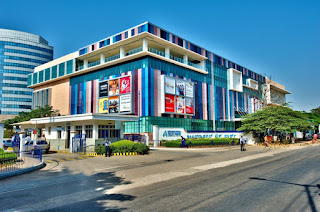 Pune's mall frenzy has reached a state where it could cost dear to retailers and real estate companies pumping money in setting up these swanky places which are turning into more of a recreational place to hang out, rather than actually promoting actual sales for shops leasing places at an expensive price.

Few years back Mariplex Mall was the only mall in this area and the rate at which malls have swelled goes to prove retailers and real estate companies would have sensed a potential for business which is not the case as per a recent Assocham report Pune's 42% mall space is still vacant.

Vendors like Croma electronics, Reliance book and digital store outlet, Spencer have closed shops and moved between these places maybe as a part of consolidation strategy, with so many options nearby it's eventually causing consumer fragmentation and malls purely survive on hypermarket, dining or pub outlets and multiplex presence with no significant value add for the consumers beyond these categories. In fact there are many well established restaurants in most areas of the city which do not require a mall presence.

Many of these malls have got on to social media platforms to attract visitors by organising weekend event's and contests etc. Apart from Phoenix Market City and Inorbit mall I doubt other malls are actually succeeding in retaining vendors or attracting shopper volumes, In fact Pulse mall is probably on the verge of closing shutters.

Some concentration of malls at M.G Road is still a better deal because as a location it offer's proximity to the  local shopping outlets which are already existing along with the malls. What Pune also lacks is a shopper's paradise like Manish market, Heera Panna in Mumbai, Nehru Palace, Palika Bazaar in Delhi etc. Maybe traditional spots in Peth area and Laxmi road bazaar could evolve in future to be such shopping destination for Pune.

For now I think mall mania should pause for some time to see how retail market develops in Pune.


Posted by KreativeGeek at 7:03 PM No comments: