Do not mess with this Grandma

Posted by KreativeGeek at 11:15 PM No comments: 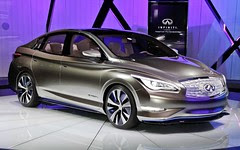 The first one in Red is Fisker showcased by Atlantic a 4 door sedan/sports hybrid car prototype, very striking in design which I liked after Alfa Romeo's Mito, Nissan also has come up with a concept car branded as Infiniti LE which has being positioned as a luxury car with 0% emissions and 100% electric.

Chevrolet also seems to be streching it's front grill design on 2014 version of Impala, check out more pics from the New York Auto Show 2012 at Cnet.com gallery here. 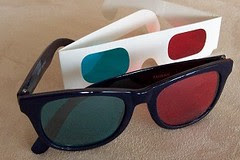 I have being reading quiet a few articles off late which have being highlighting that 3D is here to stay at movies and expected to have a healthy growth in evolution of television. I was unfazed by HD trend which rose at the start of last decade, it never made a difference to me to crave for watching HD content until bandwidth and internet connectivity infrastructure improved in metro cities in India. Avatar was a landmark movie which was shot in 3D but somehow director's and movie studios have resorted to cheap tricks by converting movies into 3D post production. Watching such movies on big screen does not make any difference and I wonder how many of us are excited to watch in 3D, I got frustrated watching Tron in 3D there were hardly any frames shot in 3D for this movie.

I don't mind televisions coming with 3D tech, atleast I have the freedom to switch between 3D and non 3D content when I want, however I am longing to take my kid to his first animated movie to watch on the big screen, everytime a good one comes  It now carries that frustrating 3D tag. A lot of multiplexes have stopped screening 2D movies in Pune and they just go with the 3D version. Maybe I would have stick to showing animated movies to my kid at home for now.

Posted by KreativeGeek at 8:46 PM No comments:

A South African footwear company Bronx has come up with an interesting social media campaign that is streaming a live billboard placed in cape town for a guy's pic that would get added with a strand of facial hair every time someone hits a like button on their Facebook app for a prize of winning a year's supply of Bronx men shoes. If you check their live app female facebook users are not behind adding facial hair strands for this billboard, seems like they are also on a mission to gift this stuff to their guys maybe.

Leave your comments on what do you think of this innovative social media campaign.

Posted by KreativeGeek at 6:42 PM No comments: