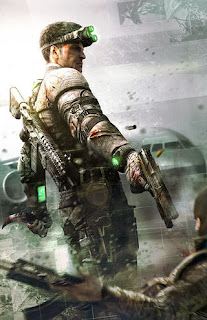 FPS Action games are my favorite genre to play on Xbox 360, however after I had played Splinter Cell Conviction in 2010. I was waiting for the next title to arrive in this series. Stealth based action games come as a good break from Call of Duty and Battlefield series.

Not delving into the plot much, Sam Fisher is on a mission to stop a group of rebels called “Engineers” waiting to unleash a series of terror attacks on America, unless US government calls back all American troops deployed abroad. He is accompanied by Anna Grímsdóttir (Grim), Charlie and Isaac Briggs in a quest to stop them and uncover the mastermind behind these attacks.

Visually game looks good, in some missions its top notch in terms of environment detailing and it is complimented by apt background score to suit the mood of a stealth game. I had recently completed playing Ghost Recon Future Soldier, so a lot of visual representation in SC: Blacklist felt similar to GR: Future Soldier. However visuals do look buggy in some missions where a (Non Playable Character) NPC would partially appear to pass through a wall while searching for Sam Fisher or NPC movement freezes at times in certain frames. In one closing scene of a co-op mission Isaac Briggs just stuck on screen in a close up pose as he hooks to a plane while escaping.

Transition from cut scenes to game play is smooth, not heavy on load time between missions.  Game play style includes three modes Ghost, Panther and Assault. It is difficult to avoid stalking enemies and take them down silently so I am really bad at leaving them undisturbed. Exploring secret paths during missions would also reward you extra points. You are eligible for Suit, Weapon, Gadget upgrades as you go along completing missions, you can also upgrade “Paladin” which is your flying headquarter from cash accumulated.

I really loved the Co-Op side missions which are fun to play with your friends or anyone online. Some Co-Op missions can be played solo while some are online Co-Op compulsory, two of such co-op missions are based in India. On a lighter note you should hear out Hindi street talk dialogues used in Bangalore missile plant co-op mission, an attempt to make cursing sound cool as they do with English scripts but it is really hilarious.

You can customize Sam Fisher’s gear before the start of every mission in the game and after some upgrades you can do it while playing the mission in certain areas where one can restock ammo and also change weapons and gadgets on the fly. Game play is great for stealth mode however you have to be very quick if you choose to go aggressive and on assault mode chances of falling to enemy gunfire in a short span is very high, you also cannot hide at one place after you have being spotted as NPC’s would spread out in all locations looking for you. This is when you can start dropping on to ledges, hiding outside windows, climbing walls etc. to avoid being detected further.

Firing from non silenced weapons would also reveal your last known position to enemy, keeping you constantly on the move. I have replayed some missions just to go undetected completely and gather maximum points on silent take down which is really addictive. You feel like bettering your own score. Checkpoint save options are a little pain in this game, in certain missions they are okay but if you manage to pass an area within a mission undetected by enemy soldiers and fall in the next zone, you may have to start that section all over again.

I have tried playing Spies Vs Merc multiplayer mode, feel like a complete noob here because I have never tried such genre before which requires you to hack a terminal and let the hack get completed without you getting killed, also defend team members initiating hack on various terminals OR be the predator hunting down Spies waiting to hack through, still on a learning curve and spawning too regularly.

It’s going to be a busy winter season this year with GTA V out now, Watch Dogs, Batman Arkham Origins yet to arrive and the regular blockbusters like Call of Duty Ghosts and Battlefield 4 also lined up. Splinter Cell Blacklist is just the perfect game to end your summer delight.I rate this game 8/10, only cons I could relate to is with some evident bugs encountered during game play and linear approach followed in imposing specific game play style for some missions curbing your choice to some extent.

Posted by KreativeGeek at 5:05 PM No comments: 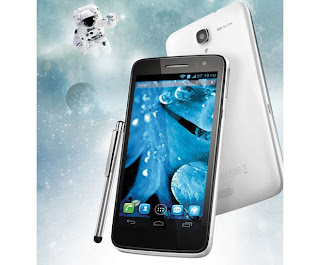 Introduction:
Panasonic is well-known as a home appliance company but its mobile phones are not really well-known in India. What’s surprising that Panasonic has not really marketed itself in the mobile phone segment in India, until now.

Design:
The Panasonic P 51 feels quite substantial in the hand. The 5-inch display has a generous bezel all round and the sides and the back have a smooth rubberized coating. The back is completely sealed off and the volume rocker and power button are placed on top. The 8MP camera lens protrudes out a bit due to the slim chassis, so you’re going to have to be careful when placing it down.

The phone also comes with a capacitive stylus. However, there’s no place to keep the stylus with the phone. Hence, we’re not sure how people would use it.

The phone has dual SIM-card slots and both of these slots are micro-SIM slots.

Display:
The 5 inch HD IPS display looks really great, partly due to a high pixel density of 294 ppi. The panel is evenly backlit and produces bright, vivid colours and sharp text. The display is also protected by Dragon Trail Glass and features an oleo phobic coating as well.

Interface:
The Panasonic P51 is powered by a MediaTek MT6589 quad core processor clocking at 1.2GHz and is paired with 1GB of RAM. Internal memory is 4GB and this can be expanded with a micro SD card.
Panasonic is running Android 4.2.1 Jelly Bean on this phone and hasn't tampered much with its interface. 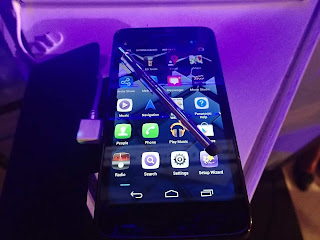 Camera:
The 8MP autofocus camera gave good results in well-lit conditions, and in low light they were of average quality. Close-ups and portraits came out really well. Videos record in 1080p full HD mode and come out well in daylight. However, as with the images, they suffer in low light mode and aren't really all that great.

Battery:
The Panasonic P51 features a huge 2500 mAh battery. This provided the phone with enough power to comfortably last an entire day with heavy usage. 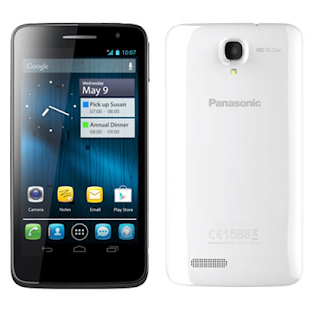 Performance:
The phone runs smoothly owing to its fantastic hardware and multitasking is a breeze. All the applications we tested ran smoothly. Boot up time is fairly quick, and apps load quickly. Games play without any issues.

Both the SIM-card slots run smoothly. However, we found it a bit strange the only one of the SIM cards can run 3G while the other runs 2G.

Conclusion:
The Panasonic P51 is a phone packed with some great features. The display is one of the major attractions and the relatively untouched android interface makes it a close to pure android experience as possible. The dual-SIM feature is also a great feature.

The review is written by experts at Reliance Digital.