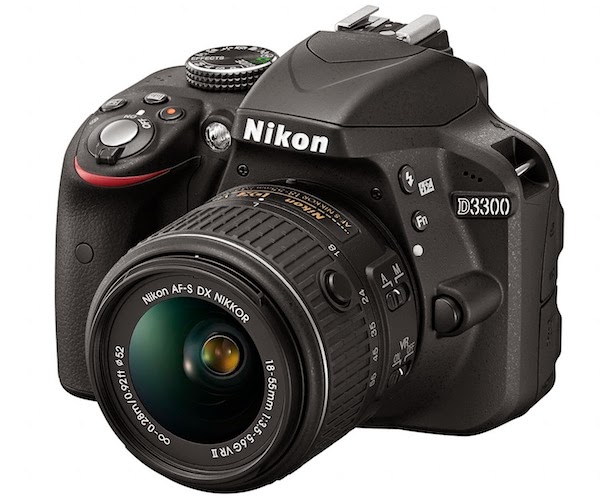 For many years now, the interest that people have shown towards photography has been growing. As a result, the majority of photography enthusiasts want a DSLR! With professional level DSLR’s being expensive; many companies now offer entry level cameras that incorporate elements of professional cameras at a fraction of the costs. One such camera is the Nikon D3300.

Design:
The chunky feel of a pro level camera is evident in the D3300’s design. It feels really robust and good to hold. First off, the model comes in two colours – black and red. The model ships with new Nikon AF-S DX 18-55mm f/3.5-5.6G VR II kit lens. It uses a retractable lens barrel design, making the overall package about 30 per cent smaller and 25 per cent lighter than its predecessor. With the lens on, it weighs only 650g. 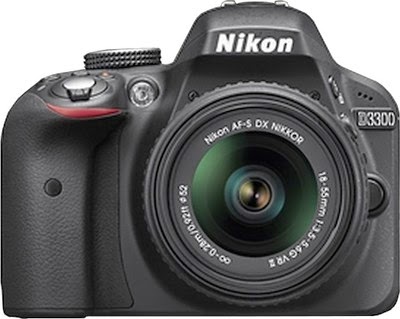 We were really impressed with the 24.2 MP lens. It has 11autofocusing (AF) points, 3-inch fixed LCD screen and 420-pixel RGB sensor metering system. What this means is that there is no dearth of in-built horsepower to tackle challenging lighting conditions in order to take pictures. New for this model is the Expeed 4 image processor, higher ISO setting of 25,600 (from ISO 12,800 previously) and a faster shooting speed of five frames per second (from 4 fps in the D3200).

The mode dial, command dial and rear four-way directional pad are all within easy reach of my right thumb. In front, to the left of the lens mount, a customizable Function button can be used to access ISO settings or white balance. The retractable barrel of the lens may save space but you do need to unlock it before powering up. This is done by pressing a button on the barrel and rotating it to the focal length of 18mm. If not, even when the camera is switched on, you cannot take any pictures. 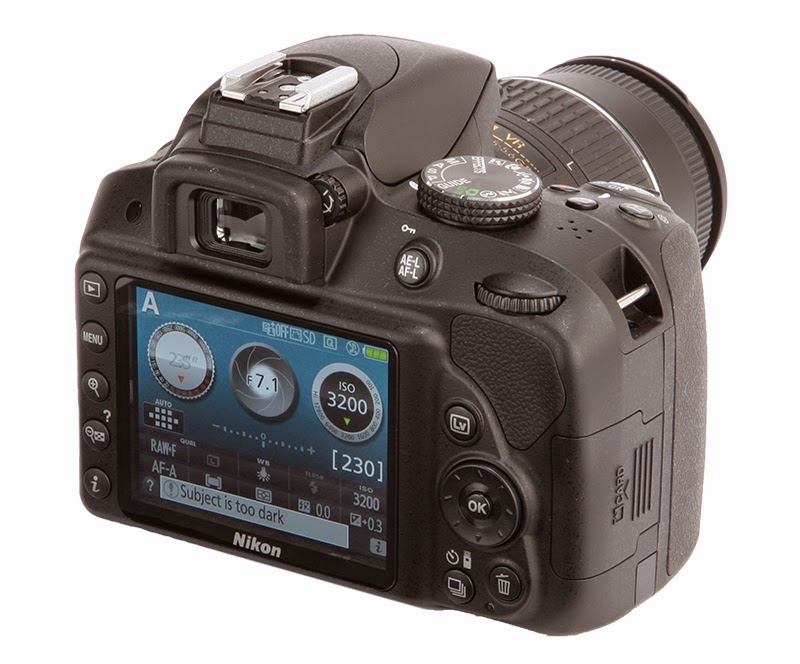 Let’s talk about the quality of the pictures first off. They’re good; Period. Don’t be fooled by the entry-level tag of the camera, this is a seriously efficient and powerful model that wouldn’t disappoint you. Image quality is really good and we were really impressed with the clarity and depth of images.

Colours have a magical feel that has become Nikon’s hallmark over the years and the best part is that even if you’re not satisfied with this (We can’t think of any reason to be) you can always swap the lens! Also, you will notice few noise artefacts until ISO 1,600. Pictures are still usable even at ISO 6,400, when detail loss and colour desaturation are more evident. But higher settings are not recommended.

The D3300 manages about 700 frames on a full charge, which is above average for DSLRs and certainly a big improvement over its predecessor's 540-frame battery life.

Powering up and shutting down takes only 0.4sec, which is normal for entry-level DSLRs. Shutter lag is also about 0.4sec. Using an SD card with a writing speed rated at 45MB per second, the D3300 can take eight RAW images in 1.6sec before the buffer runs out. AF performance is mixed. Almost instantaneous in bright light, it may take more than 2sec to lock on to a focus in dim lighting, even with the aid of AF-assist light.

Verdict:
Great features, easy to use and a variety of settings make this a great first DSLR. If you’re just getting into photography, this is our pick.

Summary:
With so many cameras in the market right now, it’s difficult to settle on one. As far as entry level devices go, the Nikon D3300 is a great camera offering superb image quality and is easy to use. We really liked it and recommend it to DLSR rookie.
Posted by KreativeGeek at 8:54 AM No comments: