Check out this slideshow via Environmental Graffiti 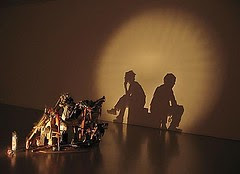 Posted by KreativeGeek at 12:34 PM No comments:

Small and Beautiful : Evolving Asthetics for car market in India 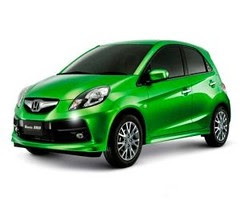 Both Honda and Hyundai are up for important launch in the compact car segment with Brio and Eon. Global car manufacturers are taking note of the taste of Indian consumers for design and decor while buying a new car which could turn out to be the differentiating factor beyond the bells and whistles of features that may turn out to be common over a period of time. While every car consumer zeroes in on a vehicle choice with a specific budget, they definitely look at Value for Money proposition offered by a specific variant of the same car model.

Honda's Brio could land up giving competition to Hyundai's i10/Chevrolet Beat/Ford Figo/Nissan Micra. It comes with a 1200 CC engine and claims to deliver a mileage close to 18 kmpl with an entry level model pricing at Rs 3.95 Lakh. I liked the rear windshield design of the car which gives it a tall look and enhances rear view visibility for the driver. Noticeable curves streaming from the front and rear section of the car, compact grill in the front with a wide stance complement the interior of the car as well. I noticed 4 fan blowers on the front dashboard of the car in the 360 interactive view on their website, which also is an intelligent feature allowing cooling to be available equally for the driver and passenger on the front seat. With the kind of quality and customer service Honda is known to deliver, Honda Brio should be able to find a sweet spot with consumers with their new launch offering with the sales picking up by the arrival of Diwali festival. 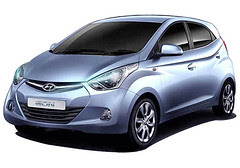 Hyundai too is ready to take on Maruti in the small car segment directly with their upcoming car Eon scheduled for October launch pitching it directly against Alto, It has got ARAI ceritified mileage of 21.1 kmpl which goes beyond Alto's 19 kmpl benchmark. Powered by a 814cc petrol engine it is aiming entry level variant pricing at Rs 2.5 Lakh. This car looks well styled for a small car segment category. Hyundai could be looking at a potential winner on hands for offering a much needed option for small car buyers interested to look beyond Maruti, given that Hyundai is the 2nd largest car manufactuer in India today after Maruti with a very strong after sales and service network. Personally i never liked Hyundai Santro/i10 in terms of the design, post the launch of i20 Hyundai made serious efforts to enhance the wow factor for consumers and they now seem to be committed in this direction with Eon's upcoming launch.

Hopefully amidst rising petrol prices and interest rates, these new launches could bring the much required cheer to both consumers and car manufacturers during the upcoming festive season.