If you can't get enough of Temple Run game play on your Android device, here's another addictive running free to play arcade game that arrives on Google Play store by the name Pitfall, from Activision Publishing. which is inspired by the original 1982 game by the same name.

I must say it is a welcome change from lot of other games that started copying what Temple Run had done and your experience tends to get saturated playing games with similar theme and setting, I hoped Agent Dash would be little different, however it also followed almost same style of game play. In game character in this title is Pitfall harry who is your Indian Jones on the run with a hat and whip, backed with good background score that suits an adventure movie.

I liked the camera angles used in the game play that also allow you to play with a 2D scrolling screen display, a little variety in character moves while swiping up or down avoiding obstacles, check out the video below by AndroidCentral

Posted by KreativeGeek at 9:00 PM No comments: 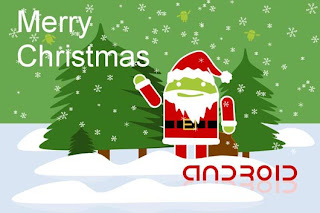 It's that time of the year when both Apple and Google have lot of good deals on their online app stores, probably the best time to download some noteworthy games and  popular apps. Get going and grab some apps from publisher's like EA, Gameloft, Rovio Mobile etc. 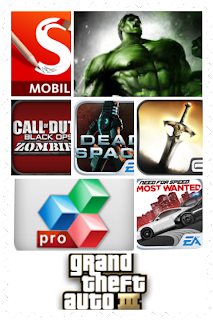 Here's a list of some of them on sale which I happened to browse through on Google Play store.

Posted by KreativeGeek at 7:45 PM No comments:

Watch Dogs - Everything is connected 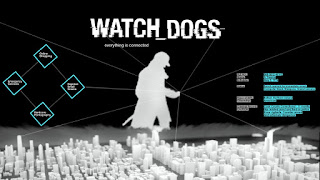 If you had being following a series aired on Star World by the name Person of Interest, you would be in a better position to relate to the plot of this upcoming game from Ubisoft - Watch Dogs, another Open World Stealth game which has got me interested, it's trailer caught my attention on YouTube recently.

The much touted AI system rumoured to be the roving eye for the government to keep a watch on it's citizen is in the heart of this game, a concept in gaming never tried before. I can anticipate it would turn out to be a key element in driving the plot within the game and slow motion action stuff combined with stealth and skill also seems to be included in the game.

I have being already awed by Far Cry 3 graphics this year, if you take a look at the game play trailer, there's a similar effort visible in capturing very detailed and natural ambient lights around the character, rain effect looks rich and pretty realistic, I already have few game titles on my wishlist for 2013 like Crysis 3, Army of Two 3, Splinter Cell Blacklist and now this one looks a promising contender too.

Check out the blackout trailer for this game


Visit the official site for this game to check out the demo showcased during E3 2012 event
Posted by KreativeGeek at 11:39 PM No comments: 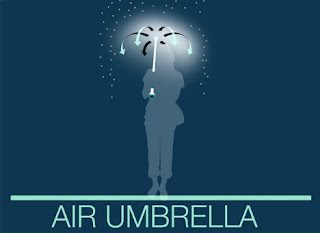 The good old Umbrella has evolved over time from a plain black piece of cloth that has help us keep dry (at least some part of us) during rains, it could now witness a next step of evolution with a concept design by designers Je Sung Park and Woo Jung Kwon call the Air umbrella.

This concept design aims to create a cover of air blown through a simple plastic stick keeping rain drops at bay, what remains to be seen is how it can work in real life as the intensity of rain needs to be gauged to match it with equal force of air blown through the stick.

Article courtesy: Gajitz
Posted by KreativeGeek at 9:00 PM No comments: 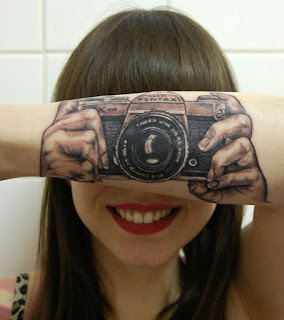 Creative optical illusion created with a tattoo on the forearm by a tattoo artist Helma van der Weide from Netherlands with her her daughter Lotte van den Acker in this pic who is passionate about photography, a retro camera has being used to click this pic which was launched in 1957, the Asahi Pentax 35mm SLR

Posted by KreativeGeek at 8:30 PM No comments: 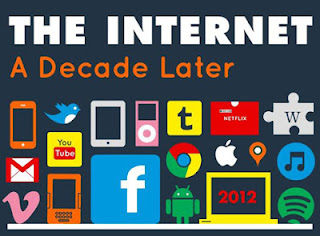 Posted by KreativeGeek at 9:30 PM No comments: