Social Media trend on the rise, Facebook fatigue setting in? 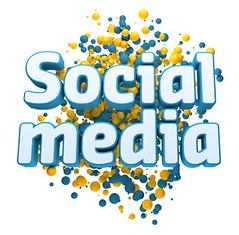 An interesting study released by GlobalWebIndex points to a surprising trend on the rise of Social Media, however also indicating a fatigue setting in amongst Facebook users in developed markets. This research study is based on response of around 1,22,000 social media users across 27 countries. Twitter and online video uploads have seen a healthy growth while blogging and forum update stats have remained stagnant.

Facebook growth is being driven by BRIC (Brazil, Russia, India and China) nations while developed markets like America and Europe are witnessing a decreased interaction of users on the popular social networking platform not very encouraging at a time when Facebook is looking to go public with an IPO.

Google+ is witnessing a good rise in the user base and building a new engagement platform for social media users, personally I feel there is still a very long way to go for Google+ to enable users to figure out a strong USP that could sustain user growth and increased engagement in the long run.

Posted by KreativeGeek at 9:16 PM No comments:

Some more action from the new Avengers trailer aired during the Super Bowl series.

Posted by KreativeGeek at 8:58 PM No comments: