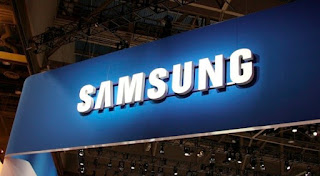 Samsung is basking under the emphatic glory of it's Galaxy smartphone series sales that has touched a figure of close to 60 million phones now, which comprises last year's runaway success phone Galaxy S2 leading with 28 million units sold, Original Galaxy S phone launched in 2010 with 24 million units and another breakthrough "Phablet" device Galaxy Note selling 7 million units after it's October 2011 launch that goes to prove this phone sold close to 1 million units every month after it's launch. 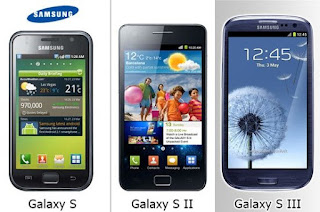 This stellar achievement is something Samsung would not miss to brag about, and it has a potential winner on hand with Galaxy S3 getting rave reviews from critics and smartphone enthusiasts, London Olympics would prove the right vehicle for promoting Galaxy S3, since Galaxy S3 is on the way to shattering records touching a figure of 9 million in pre-orders. Samsung has already warned of shipping delays as fans have started queuing up to buy S3. This feat would surpass Apple's previous record of selling 4 million units of iPhone 4S within 3 days of it's launch, even Galaxy S2 took 6 months to sell 10 million units. 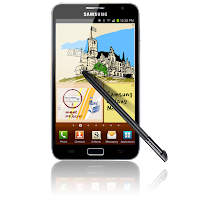 Another surprise hit that came out of Samsung's smartphone stable was in Galaxy Note which got criticized for it's awful screen size just when the "God Phone" set standards of an ideal screen size to 3.5"display, a prankster like Samsung seems switched these display numbers around and poked it's way out with Note sporting 5.3" display that brought the stylus back from the tech dump grave. The last phone 2 phones I used with a stylus were Sony Ericsson W950i and Moto Rokr music addiction phone, back then smart apps were non existent on these so-called "smartphones" which eventually rendered stylus worthless. Samsung has being thoughtful to tailor apps for Galaxy Note which would allow both the creative and professional types to best utilize the stylus on this phone, they even launched a special app challenge contest for the S-Pen (stylus branding for Galaxy Note)

Steve Jobs had ridiculed the idea of using stylus for the iPhone however Apple is now learned to have patented Advanced Stylus design, Samsung also knew it had to come up with an efficient and less clunky solution if it had to prove stylus to be a useful accessory for Galaxy Note. I am making it a habit to carry my note with me for meetings and skip my laptop or notepad for taking notes in office, until now I can say the experience has being good. Though Galaxy note would not be a phone that suit's the taste of every smartphone users, a research report from ABI predicts "Phablet" devices touching a sales figure of 208 million units by 2015 which feels pretty exaggerated right now, however according to their report the key factor of "two in one device" would be the driving force in order to fuel sales of "Phablet" devices. If you thought screen size was a deterrent check this body to screen ratio comparison made by a Reddit user Thare who crowned Galaxy Note to be the best in this category, LG has also launched a a 5 inch Optimus -VU phone to enter this segment. Dell could have taken the lead in the "Phablet" segment because it had Android OS on their Streak phone series, however they failed to position these devices properly in the market and fell behind in porting Android OS updates on time which caused them to pull the plug on their tablet phone offering.

Samsung is not resting on it's laurels with these high end smartphone range, it has come up with a 2.6" display Galaxy Pocket Android phone which costs approx INR 6900 that goes to show a company that is on a roll in production and marketing which is making other mobile companies shuffle their plans as well. On a closing note, read this humorous feature article on how smartphones and "Phablets" could probably change the Gentlemen's dressing in order to adapt to the next level of gadget evolution.

Leave your comments and reply if you feel Samsung's dominance in smartphone segment is going to be short lived or does this company now have a right profile of products growing without the fear to innovate and experiment.

Posted by KreativeGeek at 1:53 PM No comments:

Encouraging read related to opportunity available for Indian App Developers to shine on the rising demand for apps across mobile platforms.

It could have not come at a better time than this when India is looked upon as a key market for driving mobile industry revenue at the same time major companies are scouring to develop a app driven eco system that helps in promoting their platforms and offers good earning opportunity for the developer if the app is really successful.

Read more about this below 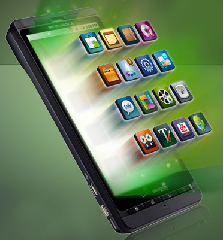 Check out this website that is offering an impressive collection of more than 50 games on discount from the Google Play store, they have tagged few games based on Metacritic scores and also award winning ones on the list.

Posted by KreativeGeek at 9:46 PM No comments:

Microsoft is returning to simple and plain branding for it's online services to be called Microsoft Account and doing away with "Live" service tag.

It could be a smart move before the launch of Windows 8 OS as Live service could not acheive much success in integrating MS developed solutions across PC, Xbox and cloud platform for MS Office

Read more about this from an article below from ReadWriteWeb 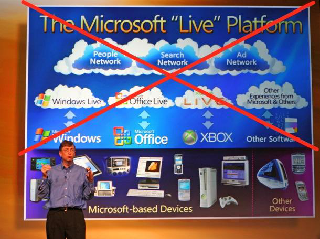 Posted by KreativeGeek at 12:13 PM No comments:

I read an article from New York post that described this initiative of Tiger Conservation that has come out with an innovative method of spreading awareness via Social Media. I have pledged my support to this cause which is being branded as people powered conservation.

You can join for free and gain access by donation to the section on the portal that shares the happenings in the lives of India Tigers, helping keep a close watch on their movements. I am sure we could tolerate this thrill of jungle drama better than the television soaps.

Check out the message video below and please share this with as many friends you can. Let's do our little bit to preserve the future of this species.


Posted by KreativeGeek at 8:27 PM No comments: 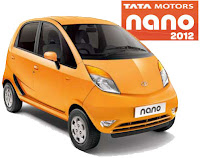 Jay Leno reviews the Tata Nano 2012 which is specially made for him at Tata Motor's Nano plant in Gujarat transported to Los Angeles, notable point in this review is that Jay Leno appreciated that Nano had a better air conditioning system than his F1 Mclaren.

Check out the video review, do you think this review comes as a real compliment for Tata Nano?