A Challenger in making for Ultrabooks and Netbooks 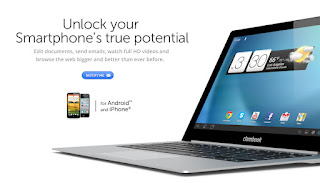 Intel has being throwing weight behind ultrabook promotions off late and netbook manufacturers are still battling with tablets to survive in the race of portable computing, Asus came up with Transformer Prime to set a new trend in tablet computing.

There are many companies which thrive on iPad accessory market manufacturing portable computing cases one such company CalmCase has come up with an innovative concept of giving you ClamBook which is a laptop dock that would be powered by your Android or iPhone, you get a MacBook Air style device which is made of Aluminum. Their website does not mention about the exact screen size, however it has a 16:9 aspect screen with cinematic sound, ClamBook supports keypad gestures and shortcut keys for Android phone and sweetens the deal further for Motorola based phones that would support Motorola's webtop app. 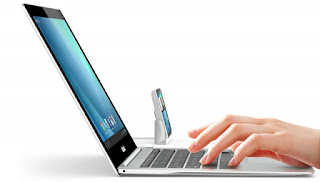 Your phone is connected with a MHL cable that would allow ClamBook to draw processing power from the phone without draining battery of your handset and charging it parallelly,with Microsoft planning to launch MS Office for Android and iOS by the end of this year, this gadget looks to be a good proposition for computing on the go, with basic apps, browser and increasing muscle power of smartphone processors, ClamBook would work seamlessly with smartphones without the need of worrying anymore about finding a solution for meeting your basic computing  requirements, Portable gaming from your phone would also be an interesting possibility to explore on ClamBook because the quality of games for mobile phones is also evolving faster that we could have though.

ClamBook is not available to buy right now, expected to be launched towards this year end, I would be looking forward to this one, do you think this could be a breakthrough device to challenge the rise of Ultrabooks and future of Netbooks.
Posted by KreativeGeek at 9:23 PM No comments: 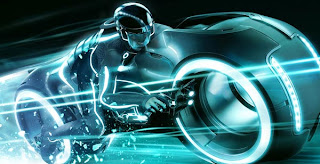 Daft Punk fans enjoy this Fan made Tron Legacy montage pepped up with energizing techno music which match well to the action clips from the video, time to get PUNK'ed

Posted by KreativeGeek at 7:00 PM No comments: 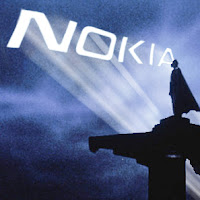 Nokia is launching The Dark Knight Rises edition of Lumia 900 which would come loaded with claim gotham city game and a dark knight rises app, Nokia has a history of it's obsession with Batman which was evident from previous version of Nokia 5800 Express music phone that featured in the Movie The Dark Knight and prior to this Nokia also launched a clam-shell handset model Nokia 6205 which was loaded with content from The Dark Knight movie.

One of the Nokia handset designer also came up with a weird concept design N19 which never made it to the stores, and another Batman-Spiderman inspired phone as well. check out this article from TechCrunch to read more about this
Posted by KreativeGeek at 2:00 PM No comments:

Epilogger:Meeting point for your events

Few years back your collection of best moments would have being limited to a huge album of photographs, we thought arrival of social media tools made our lives easier by giving us platforms to share these events from our life, however these tools pose a problem of fragmentation which results out of multiple services we use to share across social platforms for which A Toronto based start-up Epilogger is offering an online archiving service that aims to collate photos, blog posts, tweets, maps, check-ins from your event tying it together.

This service is aimed at ad agencies, event planners even regular users can utilize this service to bring together post event collection which could be tedious to go through if you are a social butterfly, why not savor the nectar of your sweet memories in one place.

Visit Epilogger site for more details.
Posted by KreativeGeek at 10:00 AM No comments:

Satyamev Jayate began on a high note exposing the known but dark truth of our country, Female Foeticide, beyond the killing of female fetus, at every stage of her life a girl child is subjected to hardships, discrimination and second grade treatment from society across all masses and classes, religion and castes, in order to deal with this situation we have a lot of NGO's and Private companies joining hands together and fighting for the cause of women. 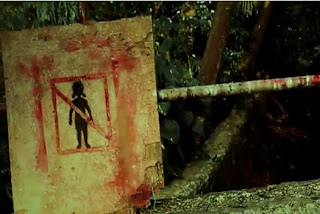 One such name emerges in the form of The Girl Epidemic Campaign which is being supported by the NGO Nanhi Kali, dedicated to the cause of education for underprivileged girl child in India and by Mahindra Foundation. This public service ad campaign was shot by Ad Agency Strawberry Frog along with photographer Indrani from Aerofilm who have projected the atrocities committed against girls as an epidemic in a shaky footage style direction that works well with the theme, all they wanted to do is to help raising money to educate young girls by using creativity and innovation.


The Girl Epidemic Site allows you to donate as minimum of a Pencil set for $3 up to a complete package of school requirements for $97, kindly help spreading the word about this site and provide whatever support you can lend towards this cause. Watch the campaign video below

Posted by KreativeGeek at 7:00 PM No comments: 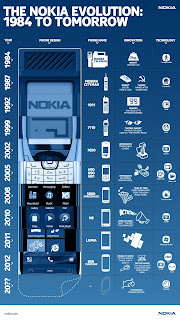 Nokia has traveled the longest mile in the history of mobile evolution, though in troubled waters today. This Finnish mobile manufacturer has a legacy which they can be surely proud of, It can go on connecting people in the coming years, if it is able to disconnect itself from Symbian OS completely now and mark a come back with awe inspiring technology, check out the Infographic pic.
Posted by KreativeGeek at 10:00 AM No comments:

Want to get serious with your workouts? 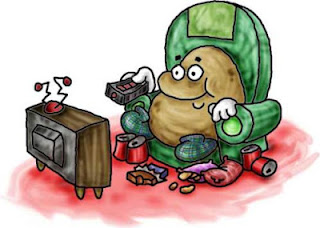 If your fitness plans keep flying out of the window, and the couch potato feeling takes over all your motivation to stick to workout plans which looked promising while joining the nearest gym, you surely would be eager to try something which would get you back on that treadmill and get sweating.

A lot of us using smartphones now have a plethora of options in health and fitness based apps that are loaded with features which track your physical activity, allow sharing of achievements with friends on social networks, reward you with virtual badges on accomplishing your fitness goals, sometimes even this is not enough to get people exercising for their own benefit.

You now have that last chance of making good use of your gym membership. GymPact is a service that utilizes the gamification approach with real money that would get any fitness atheist on his feet working out to save his money. GymPact aims to incentivize your exercise commitments by engaging users to dedicate a minimum 30 minute workout per week and be ready to shell out $5 through your credit card in case you fail to meet this target, so where does the money from defaulters go? it pays up the one's who fulfill their exercise schedule. This service was launched by Harvard students Yifan Zhang and Geoff Oberhofer, they have got a good response to this service garnering 20,000 users within 2 weeks of launch. They were expecting a slightly longer break even period of around 6 months, which was achieved in just 1 month of launch.

You can sign up to this service online or download the iPhone app, GymPact is aiming to increase reach of this service by tying up with corporate partners, I feel this is really an innovative service of getting people on the right track with their fitness, on the lighter side of this service I think it's true that guys get jitters with the word "Commitment", however an equal fear of losing money on their credit cards would linger on their minds similar to the situation when they go out shopping with their girlfriends or spouse which is enough to get them serious with their fitness, ladies are you listening to this!

Posted by KreativeGeek at 12:14 PM No comments: