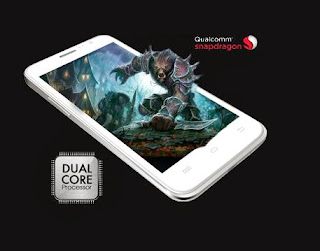 Micromax has become one of the most well-known brands in India. The company has introduced new handsets on a regular basis and the Canvas Blaze is the latest model to be released. Building upon the trending Canvas platform, this device is primarily targeted at the youth segment. The Canvas series of phones are phablets, that is, they combine some features of a tablet and a phone into one; the most prominent one being a big display.

Display:
The screen on the device is a 5 inch touchscreen with hardened glass. It has a resolution of 480 X 854 pixels; the screen clarity is quite good considering the segment the phone falls into. The colours appear quite vivid and image sharpness is also quite acceptable. 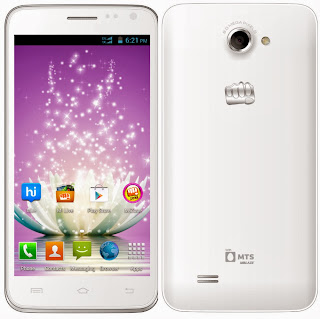 The phone runs on a Qualcomm Snapdragon Processor clocked at 1GHz and also features 768mb of RAM.  The phone runs stock on Android 4.1.2 Jelly Bean; we expect Micromax to roll out an upgrade to Android 4.3 soon after the launch though. Like almost all Android devices, the storage can be expanded using a memory card and the phone offers a host of connectivity options including Wi-Fi, Bluetooth, GPRS, EDGE and 3G.

The one interesting thing to note on this device is that it’s one of the few, if not the only device to support 3G-EVDO networks. That is because it’s a dual-SIM phone with one slot for MTS’ CDMA network.

Camera:
The main camera is an 8MP one while the 0.3 MP camera on the front completes the set. The main camera shoots great pictures with sharp outlines and vivid colours. The balance of these images is quite good and overall, we liked the quality of photos. Videos are recorded in 720p HD and look acceptable. There is the distortion that you’d expect from  a camera in this range, but it’s nothing that we’d complain about.

Battery:
The 1850 mAh battery provides enough juice to last a long time. The battery lasted an entire day and some more when we used the phone for watching videos, listening to music and surfing the net. Also, we noticed that the phone does charge quite quickly and this is something we really liked considering the target audience of the device.

Performance:
At the core level, the phone is directed towards the youth. From that perspective, the phone functions as you’d expect it to. A huge emphasis is given to the media (images, camera, videos, music, etc.) side of things. The battery life is quite impressive and the core design of the phone reaches out to the target segment, Micromax has joined hands with telecom major MTS for the launch of this brand new device. 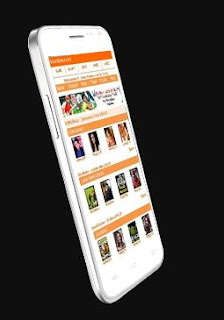 The Micromax Canvas Blaze comes with bundled offers from MTS which include 2GB of free data, 1000 free minutes for MTS to MTS local calling, and 120 free minutes for other local and STD calls, all of which are applicable per month for six months.

Verdict:
The college-going crowd will love this phone. The primary audience of the phone has been kept in mind while designing all the aspects as we believe the phone is bound to be a big hit in that segment.

Summary:
Micromax has achieved a phenomenal amount of success in a relatively short span of time. The Canvas Blaze is another offering in the Canvas line of phones from the Indian mobile manufacturer. The phone is catered towards the youth and has an impressive set of features that would entice the target audience.