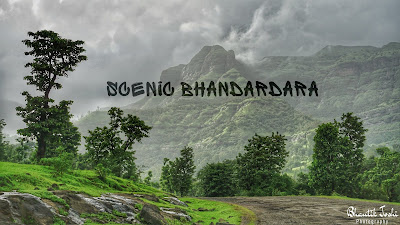 Sharing link to video montage of my trip to Bhandardara hill station this year, a memorable road trip with family. We enjoyed our stay at Ananadvan Resort which is very well maintained and has courteous staff with lip smacking food at their in-house restaurant. When you are out exploring nearby attractions near Bhandardara dam do visit places like Umbrella fall at Wilson Dam, Amruteshwar temple, Randha Falls, Reverse Waterfall at Sandhan Valley and Agasthya Rishi Ashram.

We took Chakan - Rajgurunagar - Alephata - Brahmanwadi - Kotul - Bhandardara which is the shortest route however once you take the turn from Alephata it is a single lane road with some bad patches on the way so you need to drive slow while passing through small villages. Nevertheless this route is enjoyable in terms of soaking in all the natural scenery around. Make sure to have snacks/breakfast while you are on the highway.

On return we took the longer route back to Pune from Bhandardara - Ghoti - Bhatwadi - going along NH60 - Ghulewadi - connecting at Alephata which adds approx. 70kms to the journey however road condition is good and you would pass through farm areas all along with more options to stop for food on the highway.

Posted by KreativeGeek at 8:41 PM No comments:

Ode to a Rainy Sunday


I was yearning for a rainy weekend this monsoon season and today was that perfect Sunday when a steady drizzle has continued since morning, prompting me to spend time in my balcony staring at the rain drops soaking up trees in our society garden while enjoying hot cup of coffee. I am no fan of gloomy overcast weather however the pluviophile in me is not complaining today.

Occasional mist of rain drops accompanied by the breeze gracing my face, feels refreshing! There is some beauty to a rainy day that makes you stop for a while and take time to look at the world around you. The sight of landscape blurred by raindrops renders the weather to look more fresh once the rain has passed, the air feel more clean. Even if you are stuck in traffic if you choose to ignore the noise of urban distractions around you and listen to the rain drops falling, they don't have any tune but it creates an ambience of sound worth listening too.

This year there have been no major instances of raging downpour that continues for few days making it difficult for people to move around in the city or commuting to work. No one loves to be confined to their home watching downpour continuously or braving flooding in the name of 'spirit of the city'. That is why I love the rains in Pune which does not bring your life to a standstill apart from the regular traffic snarls and other civic issues which every major city in our country faces.

Rainy season is a phase of transformation that changes the brown landscape of scorched earth to a vibrant green carpet laid down by the clouds, dust turned to mud. Thoughts and ideas pouring like the rain, some come out in form of words some get washed away. This happy feeling does not for long however the rain touches our soul to prepare us again to deal with the mundane chores of our day to day lives.
Posted by KreativeGeek at 2:04 PM No comments: 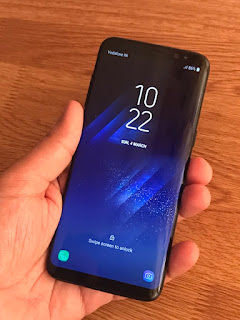 I decided to try using Galaxy S8 as my secondary phone after a really bad experience I had using S7 edge. The first thing that strikes out evidently for this phone is the design factor that Samsung has perfected from the Edge series, S8 feels lightweight at 155 grams and more easy to hold compared to S7 edge however it comes with slight awkwardness of a tall looking form factor. The midnight black version looks slick and the glass back feels good in terms of build quality.

The finger print scanner going back near the camera is irritating and I do not use on my phone, 3.5 mm audio jack still surviving on this flagship is encouraging. Few positive things I have noticed about S8 after using it over 2-3 months now is that the phone powers up faster and the TouchWiz interface looks and feels very modern. You get options to disable some of the Samsung loaded apps along with Bixby (Samsung's virtual assistant) which is a welcome relief. Samsung has literally lifted Apple's 3D touch feature on it's UI which does not have a tactile feedback while using and it does not offer any useful functions related to the app.

The Exynos 8895 chip coupled with 4GB RAM is capable of multitasking better with almost zero lag, however the random stutter while using Samsung flagship devices still refuses to go away though. As of writing this review today I have downloaded Android's Oreo update OTA (1.38GB download size), hopefully the phone should not behave differently in performance after the OS upgrade. Talking about the battery back up one can understand that Samsung is trying to play safe after last years Note 7 recall drama and personally I had serious doubts on S7 Edge's ability to handle heating issues, in comparison to that S8 seems to have better capability with regards to thermal stability. 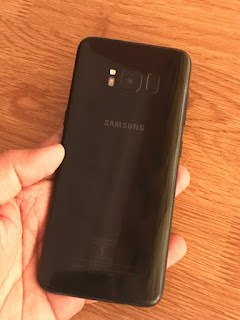 With the infinity display set to FHD level and medium usage through the day you would have to charge your phone by around 7 PM, 3000mAh battery is not cut out to last a full day in my experience putting S8 to daily use with GPS on google maps during my to and fro office commute, email notifications buzzing almost the entire day with limited social media, web browsing and streaming video content. USB-C fast charging helps to get the phone fully charged in just a little over an hour's time.

Mono speaker on Galaxy S8 is also a disappointing carry forward from the previous flag ship, the camera is also not that great if you have used Galaxy S7 edge it does not come with any major upgrades and I prefer using my daily driver iPhone 7 plus over Galaxy S8 for taking pictures. I also got the latest version of Gear VR with controller to use with Galaxy S8 and this is when I noticed that the S8 was not heating up as badly as S7 edge when used with 2015 version of Gear VR, the overall experience with hardware and software feels more smoothened out this time around. 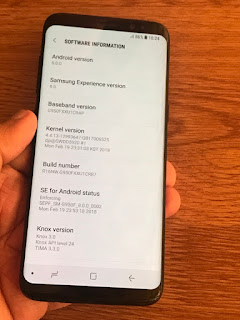 If you are not convinced to go for Galaxy S9, purchasing the S8 now would be a good deal and it would not disappoint you in terms of looks and Samsung may have intended to reaffirm its position as a leading Android mobile manufacturer by focusing on giving a stable flagship phone which is surely going to bring back that confidence amongst consumers which is more important at this stage.

Posted by KreativeGeek at 3:09 PM 3 comments:

Posted by KreativeGeek at 5:12 PM No comments: