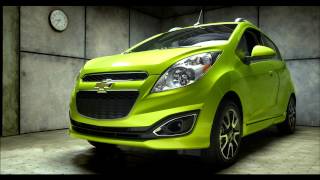 Post the launch campaign was announced last year, General Motor's have released 5 new advertisement clips on their YouTube channel for Chevrolet Spark (Beat). The first one is titled as "Wanted" which captures the new radials with a fresh chrome styling below the grill around fog lights, all the new TVC's capture the essence of global presence of this car while it now prepares for a US launch.

Check out the first clip below, links to other videos

Posted by KreativeGeek at 9:36 PM No comments: