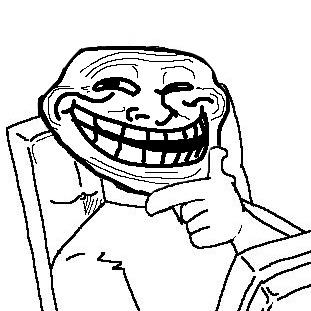 Le Derp seems to be locked into some habit of losing out on clicking photographic moments, however he now has the latest Android Smart Camera, would things change? 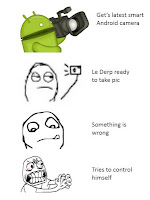 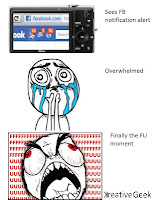 Posted by KreativeGeek at 1:15 AM No comments: 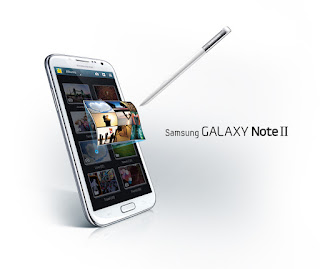 Galaxy Note 2 unpacked event started with clear emphasis on unleashing creativity with the new "phablet" touted as the next stage of this revolutionary mobile device, It certainly is going to be fastest mobile device in market when released.The magic wand that was visible on the unpacked event symbol turned out to be the new S-Pen for Galaxy Note 2.

So what have we got? 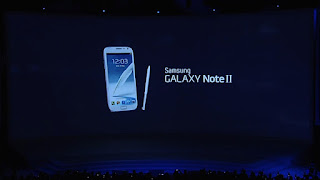 Galaxy Note 2 would have a 3100mAh battery which is claimed to have better power management and the presenter on stage was pretty confident about it which is an encouraging sign! S-pen also has being improved for performance with 1024 levels of pressure sensitivity included on a 8mm S-Pen providing better precision on handwriting recognition, ease of writing and improved grip.

Notable features shown:
Airview feature - Allows you to preview content without opening app, just by hovering S-pen over the content, gallery display also compatible with the airview. You can also hover the S-Pen on time line of video track to view a video from where you want to see it, it is definitely a handy feature IMO.

Pop up note - Perfect solution for moments when you do not find a pen and paper, while you are on a call and you would want to quickly jot down an address or a number, as you pull the S-Pen out it automatically invokes the S-Note tools, which is slightly irritating as you may not require S-Note tools always.

Idea Visualizer - Helps replace words with images, suggestion of pics automatically comes up. It also enables you to include your own expressions in the library. you can also change color scheme while writing with S-Pen with the toggle feature and flip images taken on your phone to write something down.Samsung is going to release S-Pen SDK 2.2 for developers to customize apps for S-Pen and it has already tied up with few notable app developers to take advantage of the improved S-Pen.

A much better showcase event I must say than the previous unpacked event which was over the top and bragging on S3 launch with "made for human's" tag that lead to eventual "sued by apple's" lawsuit, could sense a toned down show, short and sweet however spot on while highlighting key features of the products. Recent Galaxy S3 buyers are going to either fret about their choice or maybe put Galaxy Note II on the ignore list, but with such powerful specs. It remains to be seen how is Apple going to up match up to 2 powerful mobile devices, with Galaxy S3 again proving to be a runaway success and Galaxy Note II is just going to further strengthen the "phablet" segment.

Samsung has also announced a new range of iLuv accessories range for Galaxy Note 2, I liked the case with a transparent front screen which saves the hassle to put up a scratch guard

Posted by KreativeGeek at 12:45 AM No comments:

Battle of Tech Giants: Is it Over? 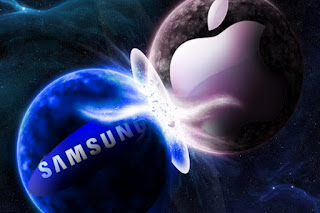 A court room dispute that remained on top of the technology news marquee for few weeks now has finally come to an end with the verdict landing in favour of Apple, indicating that Samsung indeed was found breaching some patent rights, a sea of opinions and views have flowed in after this news came out.

Apple saw this judgement as an acknowledgement to the fight they have put up against not just Samsung but also with Android as an OS. Samsung commented on this verdict echoing a sympathetic sentiment indicating this was going to be a loss to consumers in the long run.

When I brought Apple iPad 2 on it's launching day in India last year, I was still stuck with Symbian OS on my Nokia N8 phone, my tryst with android had not begun yet. I felt there could be nothing better than this product in tablets for few years at least even if other manufacturers kept playing the catch up game, iPad is still ruling the tablet market, when I got my Samsung Galaxy SII, my experience with android began on sour note as I was still getting used to common pitfalls of switching to android like draining battery, phone heating up etc., however using an android phone made me realise that apple's iOS ecosystem was not suitable to my needs.

I am a heavy user of social media tools, curating web content on the go, blogging and a taste for sharing stuff around art and design because of which I view my mobile as an extension to my computing experience and I expect a portable device like a tablet to meet some of these requirements if not all, I started experiencing suffocation in Apple's walled garden, it feels good to stroll there for a while but very soon you realise that you are missing a bout of fresh air and I took the exit route as my iPad started gathering dust and I was hooked on to my Galaxy SII.

I agree to some extent on Apple's theory to limit data transfer options on their devices, allowing app downloads only via iTunes and other limitations put in place to minimize malicious content damaging portable computing devices. Google's play store is well known for housing malicious apps which raises data security risks. I missed some of the key features in iOS which I found useful on android like customization of home screen, ability to connect wireless/bluetooth mouse, ease of working with data/file transfer, some limited use of eye candy options like live wallpapers. Managing content curation was limited to few social apps in iOS, luckily by the time I started using my Galaxy Note after moving on from SII, app exclusivity started diminishing and we saw some famous apps like Instagram and Flipboard getting ported on Android this year.

In my opinion Apple started a revolution in mobile technology beginning with simplification and took a big leap forward on mobile OS interface and hardware design, while most mobile manufacturers were busy sticking to Symbian and Java based OS's banking heavily on the megapixel mania, producing Walkman phones etc. Apple actually brought smartphones to the right track when everyone else realized the need of the hour was to work on producing useful apps, It made some companies re-think their strategies from the scratch, a lot of them simply started copying Apple's approach towards mobile phone and tablet market growth.

At this stage of the lawsuit verdict coming out, I feel in the past 2 years Apple is still stuck to the guns it has being blazing all along, while Samsung has being riding high on the Android bazooka gnawing away significant share of the USA mobile OS segment, profitability still does not look good in comparison to what Apple is earning, probably Apple may be working hard in the background to maintain the momentum it has gained in all these years with no visible threat to iPad supremacy yet, It had to ensure other manufacturers did not dent their market share further because Google has being providing the right ammunition to mobile companies at all price segments, thus legal swords were just waiting to come out in the open.

Latest news on this feud is that Apple is going to demand ban on sales of Galaxy Note and Galaxy SIII in US, which indicates the so called 'Thermonuclear' battle against Android is not over yet.

Samsung and Google with other Android manufacturer's would definitely have to play safer with OS interface design, product features and hardware design, however I am still baffled on the logic of patents being awarded to Apple which kill competition threat up front and promote monopolistic advantage for a company, take a look at this clip from Matrix Revolutions and imagine Neo to be either Samsung or any other Android vendor and Agent Smith playing Apple, Google as the Deus Ex Machina. Maybe Samsung would have to wait for it's "it is done" moment. I thought of making this as a video meme, however it is best left to your imaginations!

Posted by KreativeGeek at 8:43 PM No comments: