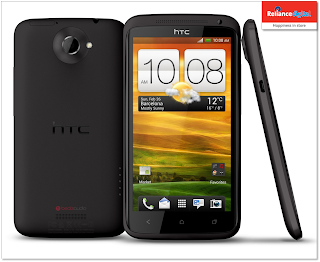 The new HTC One X is complete with Android 4.0.4 and Sense 4.1 UI.  This latest device from the Taiwanese firm has been formed on the design of HTC Desire.  One X has a great screen, stunning design, powerful quad core processor and an 8 megapixel camera.

Design:
HTC One X has a unibody design.  It has a large screen of 4.7-inch with a 720p HD display packed into a chassis that’s only 8.9mm thick. The phone uses Super IPS LCD 2 technology in the screen, but it lacks the vivid color reproduction which is available in the market today.

The phone weighs around 130 gm. The volume rocker rests on the right-hand side, a power button on the top and a microUSB slot on the left-hand side. The microUSB slot also doubles as a Mobile High-Definition Link to connect to a TV. Overall, the phone looks sleek and stylish which will appeal to all kinds of users.

Performance:
HTC One X has a Tegra 3 quad core, 1.5 GHz processor and 1 GB of RAM. As the phone is based on Android 4.0.4, the interface is improved and the appearance looks cleaner. The user can seamlessly jump to multiple apps without any hindrance.

Battery:
HTC One X has an 1800mAh battery that has been sealed within the chassis of the phone leaving no room for the user to swap it.

Conclusion:
HTC One X has a mix combination of features. It has a super thin chassis, HD screen and this phone is due to receive Android Jelly Bean 4.2.2 firmware upgrade very soon. The features of the phone are relevant with the current market demand. Its quad core processor gives a good power to the entire performance of the phone. Though the phone uses a LCD screen, any user won’t miss the color reproduction effect of an OLED screen. It also has an integrated DropBox storage, Beats Audio enhancements and an upgraded music player. An improved lock screen, speedier internet browser and an autofocus integrated camera will help the users. The battery packed into a unibody design may create problems for the users.  It  lacks a microSD card slot.

Overall, the HTC One X is stylishly designed, light in weight and has a good screen. It has all the latest features running on HTC Sense 4.1 with Android 4.0.4.  The gadget has a menu key back, that will be a blessing for most users.

The review is penned by experts at Reliance Digital.

Posted by KreativeGeek at 1:56 PM No comments: