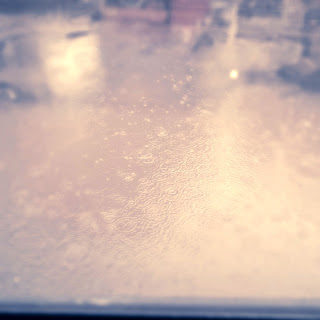 IMD was anticipating close to normal monsoon conditions for India and continued harping on this statement until August arrived and it finally realised overcast clouds had actually failed to pour and they would have to announce a partial drought condition in the country. Farmer's have already started committing suicide entering into a cycle of debt again, why do we need a MET department that is unable to study climate change trends that fails to help farmers in the country to prepare themselves for the worst. Advising farmers to change crop sowing pattern's is not going to help their cause. News channels are reporting drought conditions to be worse than 2009.

Government machinery is still shooting down drought fears, however we are already aware of the poor storage and distribution network for food grains which allows middle men and traders to hoard foodgrains leading to a price rice condition which leads to high inflation situation that is left to RBI to solve, it's not just India but the entire global food chain that would probably witness food price rise.

Subsidies and relief packages would be announced for farmers and states, the end consumer would be left to battle market conditions and the blame game would then pass on to nature's hide and seek game on the already pressurised economic conditions, so don't expect RBI or government to come up with a relief tonic to the ongoing inflation disease, you can only hope for a consolation wish on the way - Happy Diwali !
Posted by KreativeGeek at 10:00 AM No comments:

I noticed a Maruti Alto car with this logo today while travelling to office today, I thought probably it would be some kind of CNG branding stuff by some firm into vehicle mods, however I was proved wrong when I checked out this product's website which has being developed in India, Pune by KPIT Cummins and Kalyani Bharat Forge and surprisingly has also got media coverage earlier this year.

Both these companies have come up with a fuel efficient alternative to spruce up the battery power in your car with an additional motor installed as a kit that claims better fuel efficiency and cost savings for the car owner. USP targeted for this product is to convert your existing car into a fully functional hybrid vehicle. check out one of the video features below which explains how this product is going to work. Hatchback car models are surely going to loose some boot space and the basic cost quoted for a car like Alto is going to be around INR 65,000 and for sedan sized cars it may go beyond INR 1,25,000.

Do you think this product/service is going to be commercially viable? or the trend of skipping petrol cars in the favour of diesel cars going to continue in India. If this product does not cause any safety issues to the car with the kind of battery installation is shown in the video, I think it can work well with the Indian consumers and could probably emerge as a viable option to adopt hybrid car technology at affordable cost.

Posted by KreativeGeek at 9:33 PM No comments: