Girl Rising: A story worth sharing 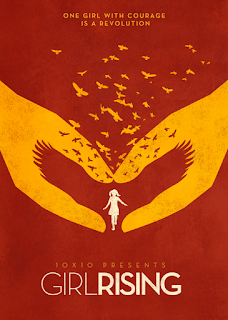 If one billion rising campaign caught your attention towards collective protest across the globe for violence against women, this documentary feature should inspire you further to take a look at the lives of 9 girls from different countries who held on to their hopes and overcome obstacles to enable change by breaking barriers which bound them.

All those stories have being penned by writers from the country where these girls belong have also featured in this documentary, this initiative has found support from Intel Corporation and CNN. It has voice over narration from Hollywood A-List actors like Meryl Streep, Liam Neeson, Anne Hathaway, Salma Hayek, Cate Blanchett along with Indian actors like Priyanka Chopra and Freida Pinto.

Watch the video below and head over to 10 x 10 website which gives you more detail about this project and   is also accepting donation for supporting girl education programs via different charity organisations across various countries.

This movie is currently being screened on demand at theatres, hope it makes it screens in India via some film festival at least.

One girl with courage is a revolution

Posted by KreativeGeek at 11:47 PM