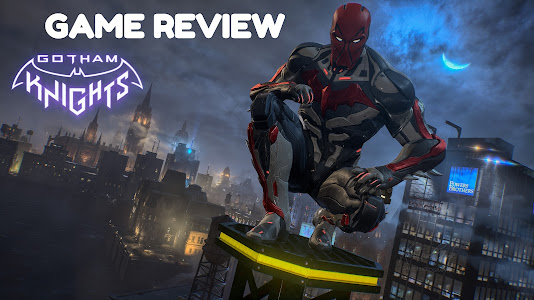 Sharing my observations based on initial gameplay on Xbox Series X, I have reached the campaign up to chapter 1.4, finished the S.T.A.R Labs mission featuring Mr. Freeze recently

The game starts slow; You begin with assignments based on the mystery clue that batman left after his death. I got enough time to get familiar with combat and explore the playing style of all four characters; there is no hurry to get going with the main story.

Red Hood behaves like the Hulk, Nightwing acts like Captain America, and Batgirl and Robin are the brains and tech in the pack. Alfred has decent cutscenes to build rapport with all protagonists while mourning Bruce’s death.

I started seeing more missions featured on the map after I completed the Harley Quinn Blackgate Prison chapter. After the Mr. Freeze mission, I feel the story will evolve into multiple layers as the game progresses, and side missions pack good variety.

Addressing the 30 FPS controversy first, I have zero issues playing this game at this frame rate, and that’s my take. I always wished Arkham Knight could get a 60 FPS upgrade which never happened, but I have played Marvel's Avengers in a much worse state @ 30 FPS; compared to that, this game is very stable at launch.

I think the 30 FPS outrage gained traction because developers were not forthcoming about this point, which they should have been. Current-gen consoles have been released with claims to mainstream 120Hz gaming experience, and we are still a year or two away from that reality.

Gotham City looks more colorful compared to the dark greenish/blue hues that Arkham Knight had for ambiance; that game carried a grainy screen effect when playing outdoors due to constant rain, it rains in Gotham Knights, too, but the weather effect is not that heavy.

The level of detailing shines in the photo mode. You realize that graphics are high fidelity around your player and NPC; distant environment graphics are mid-resolution class and smartly cloaked with ambient lights. The game sometimes struggles with real-time image rendering on Xbox series x when you grapple into a frame, and you can see billboard text blurred out, which normalizes in a few seconds.

I only miss the fluid combat from the Arkham series, which set a benchmark for superhero games. I like the variety of combat moves between all four characters. In the beginning, I beat NPC thugs quickly; however, as the game progressed, it got crowded with multiple enemy waves, and I started getting sweaty palms during the combat.

One key difference I noticed is that games from the Arkham series encourage you to improve your reaction time; in Gotham Knights, you have to time your attacks and not just go around button-mashing and evading. The dodge move works fine, but when too many enemies surround you, it gets overwhelming, and you feel you are losing control, making it difficult to maintain the attack chain. If you time your light or heavy attack as programmed, you can knock down enemies in fewer blows.

I will have to train to get familiar with this combat style and unlearn the Arkham game series combat style, and I find Nightwing to be the most boring of all characters, even with his special moves.

I also like how various suits, melee, and ranged weapons unlock and upgrade as you complete challenges; the ability to mix and match outfit parts is also notable. I wonder why Marvel’s Avengers developers/publishers could not think of something like this.

Sound design is a weak area for this game; it does not even come close to the Arkham series. There is no feeling of dread during tense moments when you are taking down enemies with stealth or epic sounds to complement your perfect takedowns etc. Riding the Batcycle plays music like the b-grade background score you hear in Greg Berlanti’s DC TV series like Flash, The Arrow, Supergirl, etc.

I will rate this game a 7 out of 10 because I purchased Marvel’s Avengers in a sale for $25 in Nov 2020, and I felt it was not even worth that price then. So it’s for the gamers to decide if this game is worth spending $70

I am a sucker for the superhero genre when it comes to games, and I was hoping Marvel’s Avengers would have a turnaround in a few months which never happened. It pushed me into a useless grind that was not even rewarding, yet some gamers enjoy playing Marvel’s Avengers to date, which is okay.

I hope the game developers find a way to introduce a 60 FPS patch next year. I purchased a disc version of this game with zero expectations, expecting the worst, and it doesn't hit the ball out of the park, but it does not disappoint a Batman fan like me.

Posted by KreativeGeek at 4:11 PM