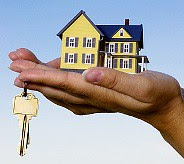 Pune's municipal limits have swelled beyond control in last few years. One would find endless hoardings of construction projects (along with birthday wishes hoardings for local goons or so called karyakartas and leaders) on Pune roads. Property price correction is nowhere in sight in Pune with the builder lobby which is hand in gloves with the politicos for a government run jointly by NCP-Congress combine with BJP, Shivsena and NCP sharing power in municipal corporation it could get no worse for city. There is no actual opposition party that exists in city's political set up right now.

Shahid Balwa the head of DB realty group under scanner for alleged role in 2G Scam has 2 big projects in Yerwad currently under construction, after his arrest there was halt that was put to one of the projects that was being carried out on a land owned by a trust which was supposed to build a park in public - private ownership model silently made a deal of this land with DB realty, PMC washing off their hands and when the actual order came from Maharashtra CM the work was halted on this land for some time as they hype died down, construction work has begun on slow pace. Sharad Pawar and his family members name keeps coming up in almost all land scams in Pune which goes to prove what kind of control this family has on the property market in Pune.

Names of family members related to Narayan Rane, Ajit Pawar have also come under limelight for some or the other land scams, Pune's previous commisioner Mahesh Zagade was quitely replaced due to his relationships that got sore with the builder lobby in Pune. Builder's in Pune are not even willing to touch 1 BHK projects due to the presence of large count of IT, ITES workforce that is willing to pay for amenities and for flats starting from 2 BHK. Once a pensioner's paradise is slowly urning into concrete jungle like mumbai now. Luckily there are few high rise buildings in the city but the rapid growth of malls, commercial places and residential projects is creating pressure on pricing of property which is seeing only way up and people looking out for affordable housing have to look at areas in the outskirts of the city or satellite areas near PMC or PCMC municipal limits.

Lavasa project which came under environment ministry's radar for the wrong reasons was nothing that state government or central government would not have being aware of all these years. Land grabbing by politicos and rampant exploitation by builder lobby in Pune is what defines pune's real estate scenario currently.

Some links to read Below

Posted by KreativeGeek at 12:14 AM